This trash bin is following you...

That personal data is important for marketing is a fact. Data gathering with cellular data from mobile phones might be number one on the list, but bluetooth and wifi sniffing are climbing the ranking ladder. The recently installed smartphone sniffers in the UK, however, had to be removed. Traffic on the streets of London was sniffed by recording MAC addresses of phones that passed the devices, neatly stowed away in trash bins. The bins were equipped with wifi and a screen that would show ads. The effective reach of the ads was measured using the speed of the people passing the bins. During the busiest day of the trial, about 100,000 phones were identified and in the first month, over a million unique devices were recorded. 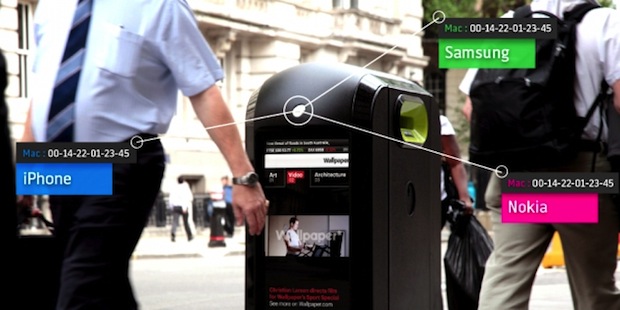